Katie and I rode up to the Oregon State Fair. We hadn't been in over a decade. Crowds and I don't mix well. Katie wanted to go, though, so we did. Saying "I love you" often demands more than words. I stuffed the D40 and a couple of lenses into a saddlebag and off we went.

I came home with over 300 photos. Some of them are even somewhat good. Here's a few that are motorcycle related. Including a few that I can only tenuously connect!

The enthusiasm in young ones starts early, doesn't it? Actually, I had a photo of the kid's face with a huge smile. It was taken from the side. The shot was perfect, with his face lit up like a lighthouse and a mile wide grin on it. Unfortunately, when I uploaded the photos later, I noticed his mother had chosen that moment to bend over and look at something on the side of the ATV. For the sake of decency I chose not to share it. 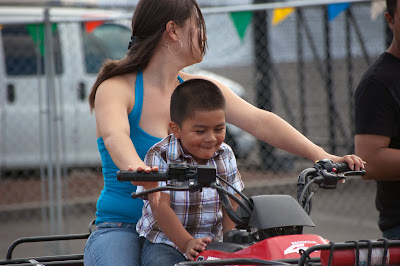 A Yamaha Raptor was perched on the roof of a shed. Where else would you expect a Raptor to perch, anyway? 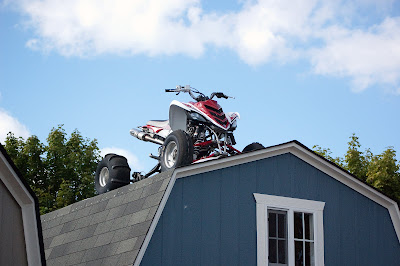 This Hodaka belongs to the City of Athena Police Department. Athena is in eastern Oregon about halfway between Pendleton and Umatilla, if I remember correctly. I'm told a citizens' group restored the bike and gave it to the police department for parades and public affairs events. The electrical system on the bike is 6 volts. Housed in the big box on the back seat is the battery for the 12 volt police lights and such. 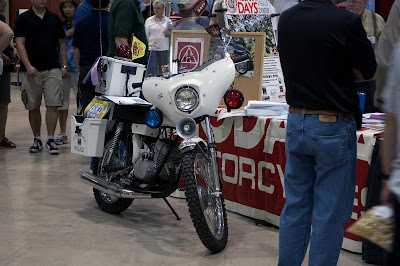 Speaking of Athena, I guess there is an annual festival called the Caledonian Games held there each July. There's a Scottish background to these, if you weren't aware. There was a performance by a couple of bagpipe players. Seeming to remember that Troubadour has a connection and interest in that direction, I included a few shots in his honor. See, it's bike related, if only just so! 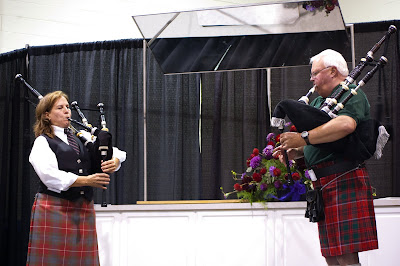 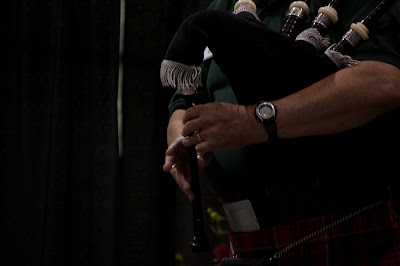 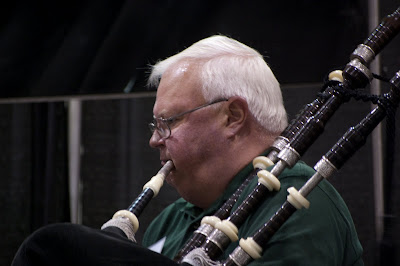 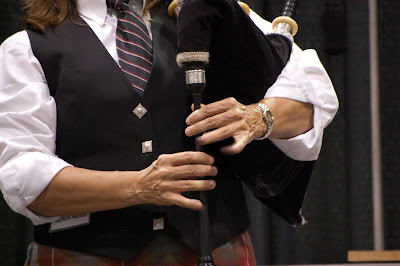 After watching some folks trying their hands ( and their butts ) on the mechanical bull, I found myself glad that we don't have to ride bulls to work. Granted, it's a toss-up at times which is more stable under certain conditions. But I'm pretty sure most of us don't grimace as much on our bikes. 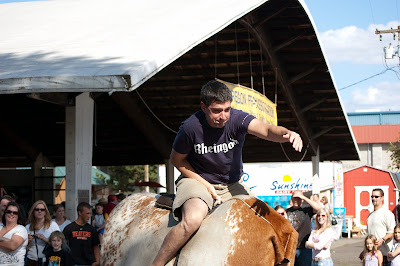 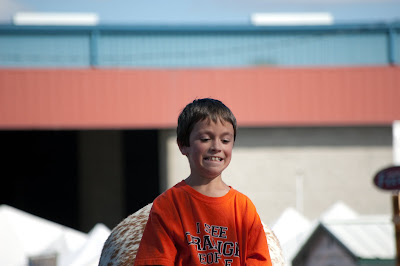 No matter which we ride, ending up on our backside on the ground is not a desired outcome. Unless, of course, somebody in a support vehicle is following and ready to throw a big cushion under us. 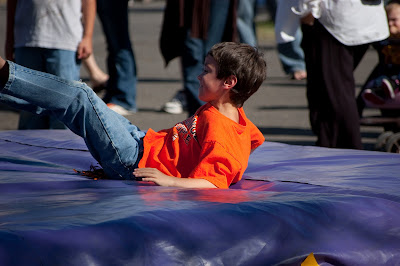 Here's a passenger waiting for Charlie6 to return and fire up the Ural. He likes these kind of passengers. They are never "sidecar drivers" and they never scream no matter what he does. Like driving the sidecar rig onto a trailer with an unsecured tongue. ( speaking of tongue, mine's firmly planted in my cheek right now!) 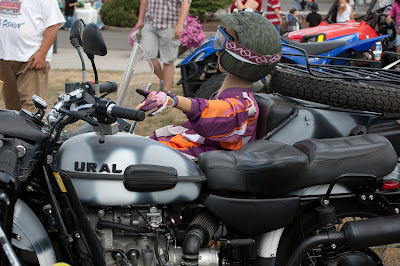 When a passenger "dummies up" it's one thing. What happens when the the rider does it? I wouldn't ride with this guy. Passenger or otherwise! I've also heard that he has a very unbending personality. 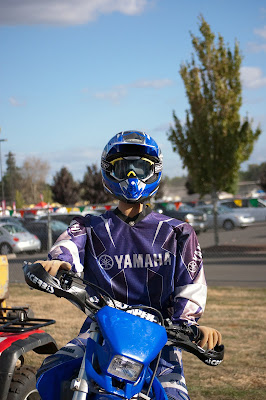